This image of the moat surrounding the entrance to the temple Ta Prohm is in Angkor Thom city. The breathtaking, sprawling temple built in the Bayon style is only partially cleared of jungle overgrowth and has been left in much the same condition in which it was found.

Massive fig and silk-cotton trees grow from the towers and corridors making Ta Prohm one of the favorite temples to see in the Angkor Wat temple complex. This temple was originally constructed as a Buddhist monastery as one of Jayavarman VII's first major temple projects. 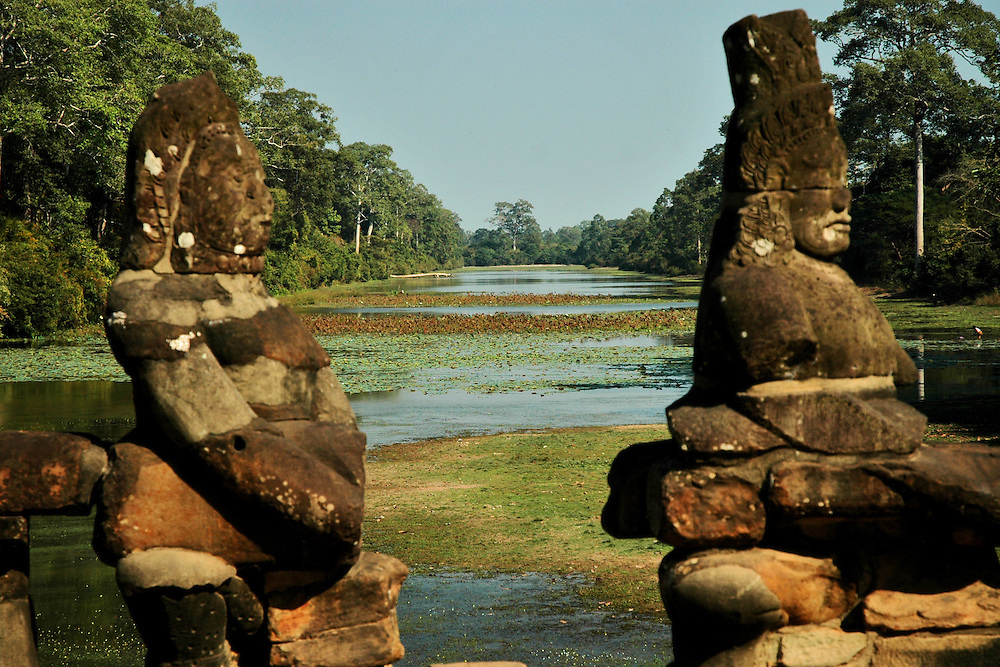