This sunrise shot of Angkor Wat, the world's largest single religious monument was shot in front of the Northern reflecting pond located off the path to the central towers. 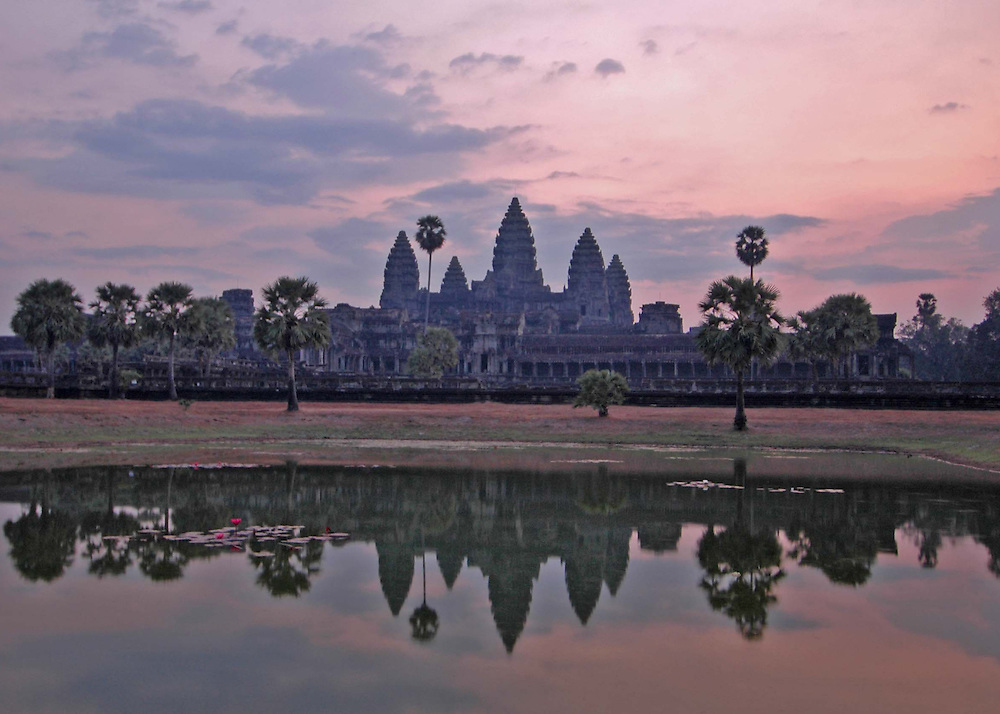