This aerial shot of Angkor Wat, the world's largest single religious monument was shot from a hot air balloon. 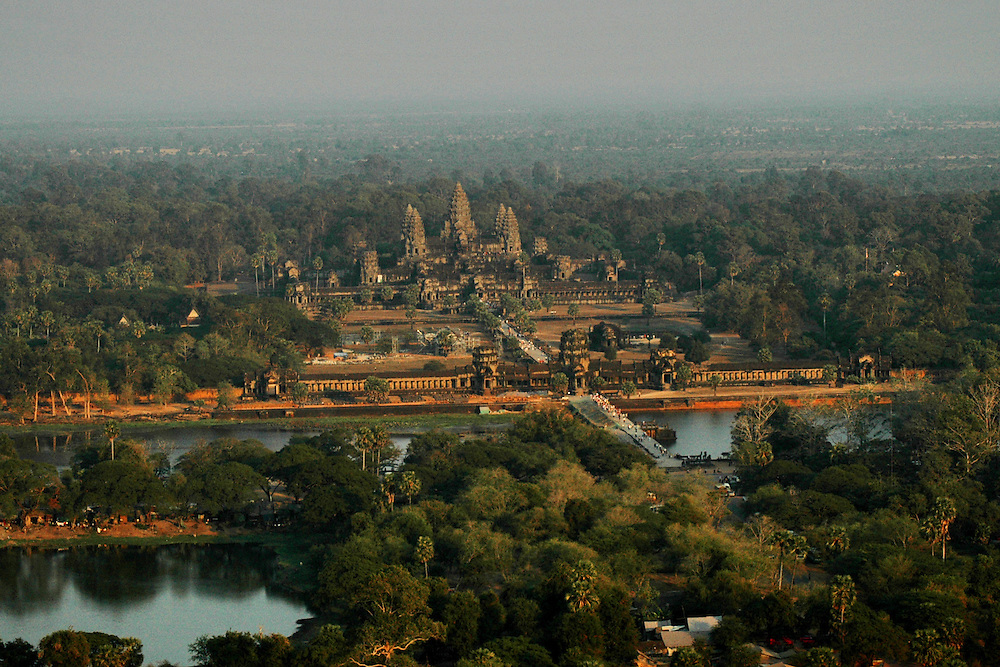