Angkor Wat, the world's largest single religious monument, built for the king Suryavarman II in the early 12th century as his state temple and capital city. The ruins of Angkor, a UNESCO World Heritage Site with temples numbering over 1000, are hidden amongst forests and farmland to the north of the Tonle Sap Lake outside the modern city of Siem Reap, Cambodia. 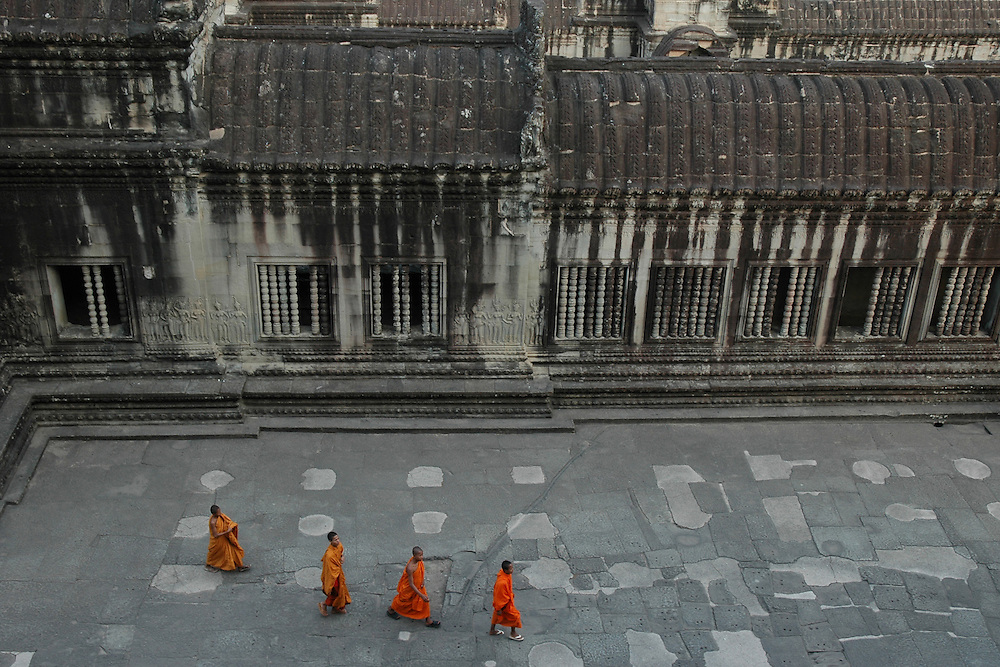