This image of a horse with 5 heads was shot at the famous Terrace of Elephants at the Angkor Thom city in the Angkor temple complex in Siem Reap, Cambodia.

Angkor Thom is the last and most enduring city of the Khmer empire. Built as a square with sides that run exactly north to south and east to west by King Jayavarman VII, Angkor Thom is almost 4 sq miles or 10 sq km on the right bank of the Siem Reap River, a tributary of Tonle Sap Lake. 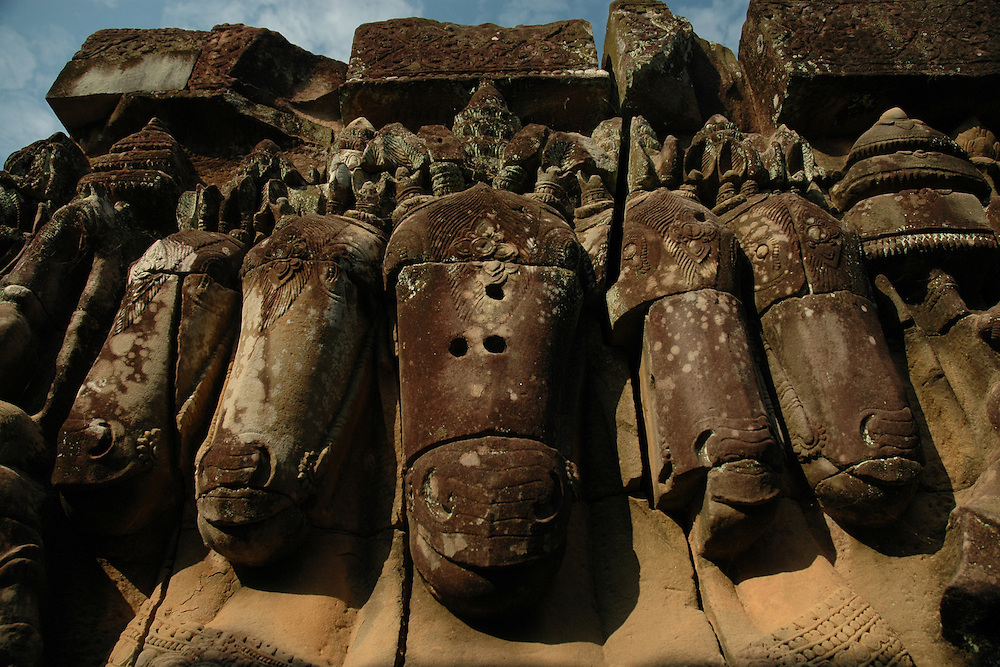