This is a portion of the main gate of the Angkor Wat temple complex, the world's largest single religious monument built for the king Suryavarman II in the early 12th century as his state temple and capital city.

Angkor Wat has remained a significant religious centre since its foundation--first Hindu, dedicated to Vishnu, then Buddhist. Quite a few of the temples at Angkor have been restored and represent a significant site of Khmer architecture. 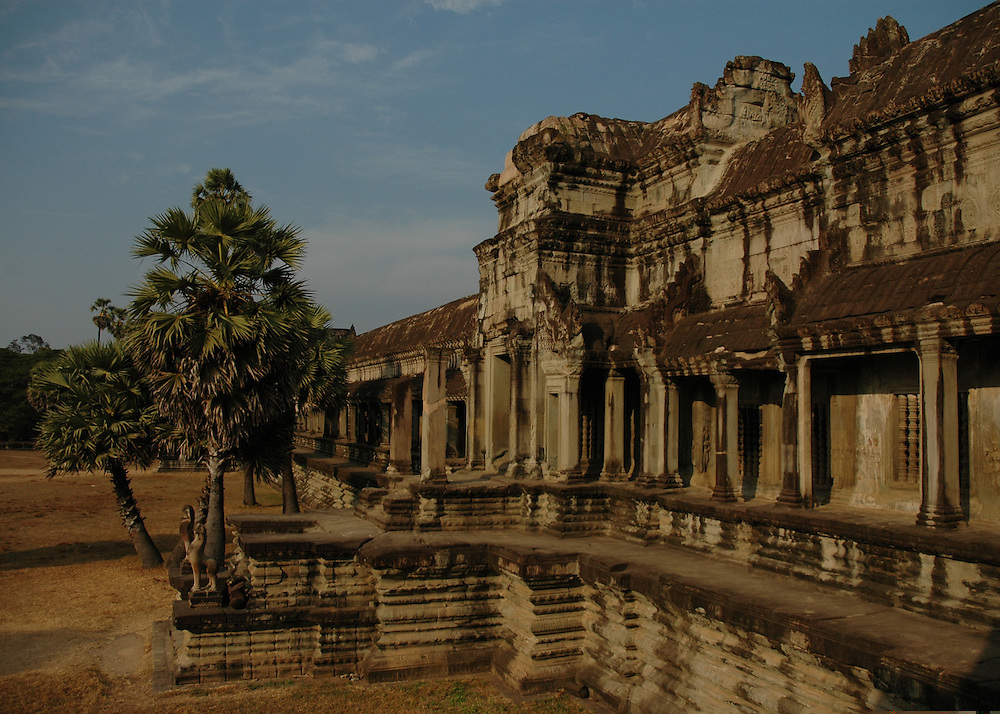