This Cambodian Buddhist monk was meditating at the Bayon temple in the Angkor Thom city.

The Bayon is the second most well known temple after Angkor Wat in the Angkor complex located at the center of Angkor Thom city. 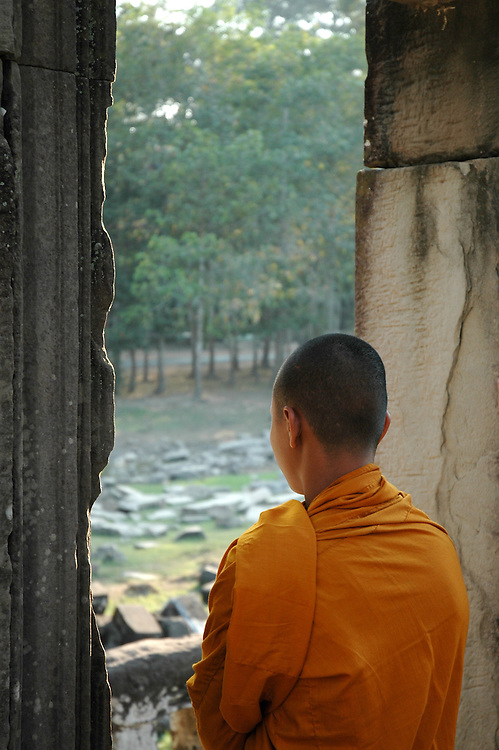