These Angkor warrior carvings were shot at the Terrace of the Elephants in Angkor Thom city in the Angkor complex in Siem Reap, Cambodia that includes the world's largest single religious monument, the breathtaking Angkor Wat.


The Terrace of Elephants, named because of the elephant bas-reliefs on its wall and the elephant statues flanking the staircase, was used as a giant viewing platform for public ceremonies and extends for over 1000 feet (350 meters.) 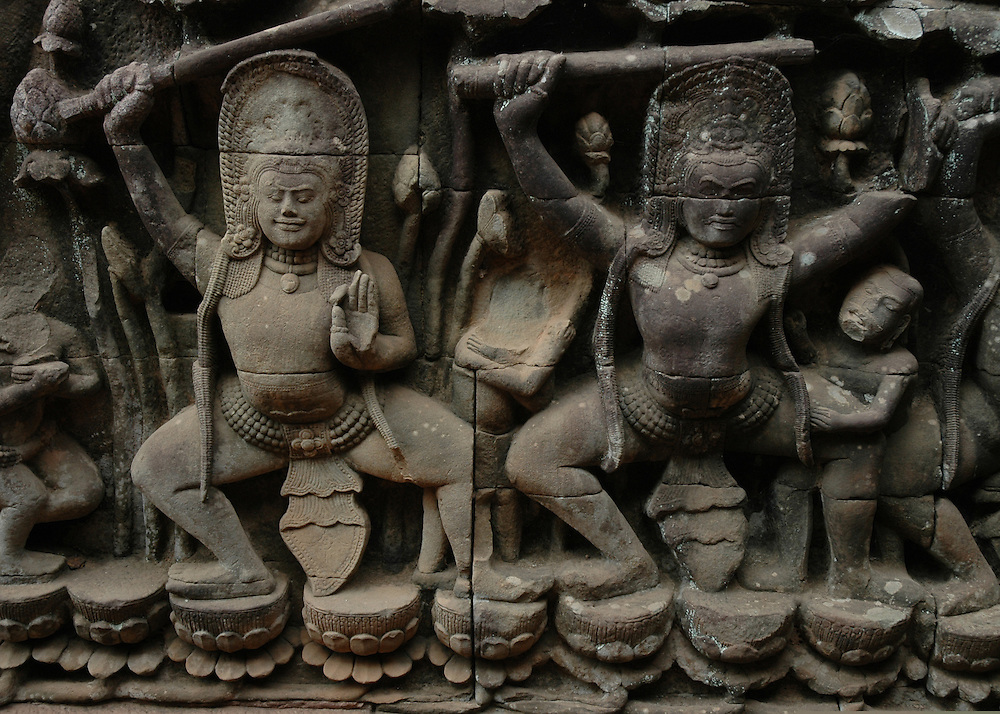