This Apsara bas-relief is from Angkor Wat, the world's largest single religious monument, built for the king Suryavarman II in the early 12th century as his state temple and capital city. 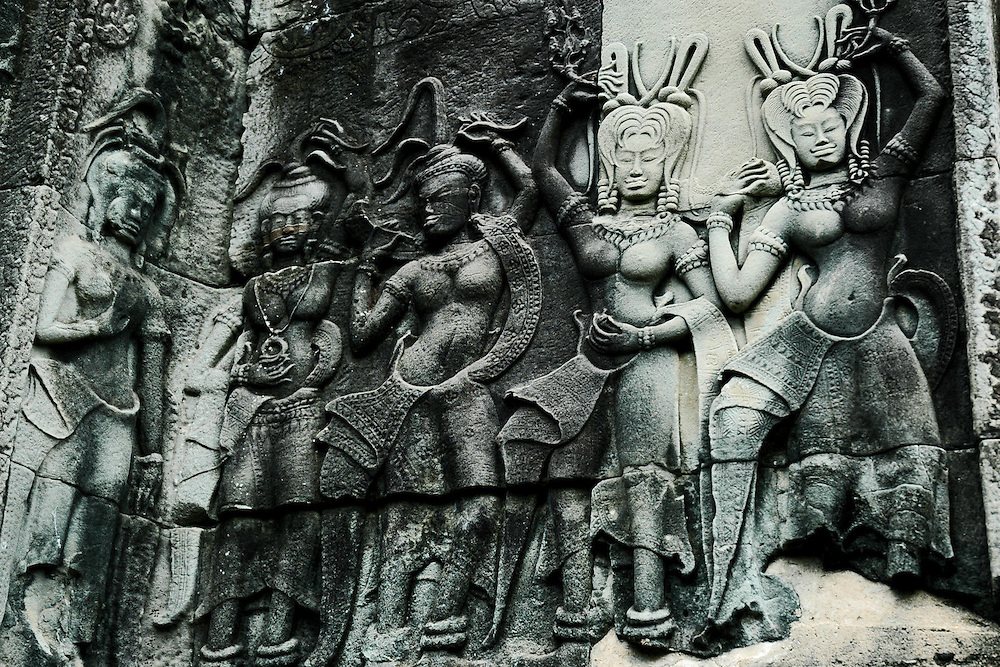