This image of a Cambodian Buddhist Monk was shot at the Bayon temple in Angkor Thom city.

The Bayon is the second most well known temple after Angkor Wat in the Angkor complex located at the center of Angkor Thom city. The ruins of Angkor, a UNESCO World Heritage Site with temples numbering over one thousand, are hidden amongst forests and farmland to the north of the Tonle Sap Lake (Great Lake) and south of the Kulen Hills outside the modern city of Siem Reap, Cambodia. Angkor served as the seat of the Khmer empire and flourished from approximately the 9th century to the 13th century.

These Buddhist Saints or bodhisattva embody the compassion of all Buddhas and are a beautiful and powerful sight to behold. Exploring the Bayon was an amazing experience. 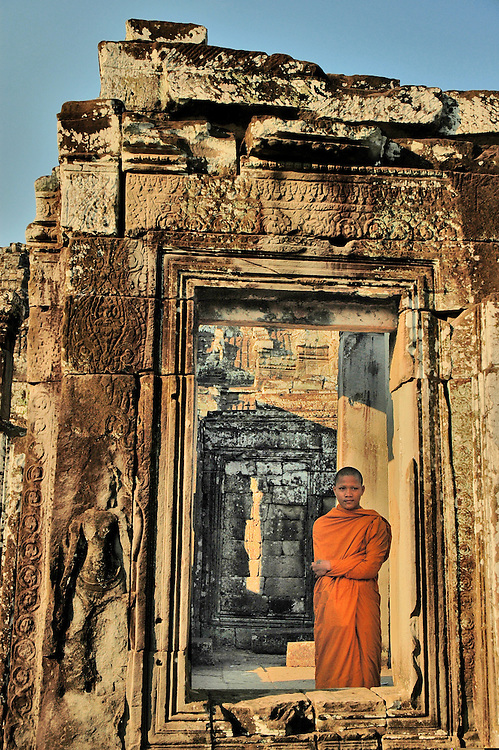