This is a statue of Vishnu located in Angkor Wat temple, the world's largest single religious monument. The image was shot before sunrise at a Buddhist candlelit ceremony I performed.

It is located to the right (south side) of the main entrance. This statue of Vishnu has been restored over many times, but still retains its eight arms. Today the locals continue to offer prayers to the statue, although they may be worshipping it as the Buddha.

It is believed that the statue of Vishnu in Angkor Wat used to be located within the central sanctuary, and was moved out when the temple changed from being a Hindu to a Buddhist temple. 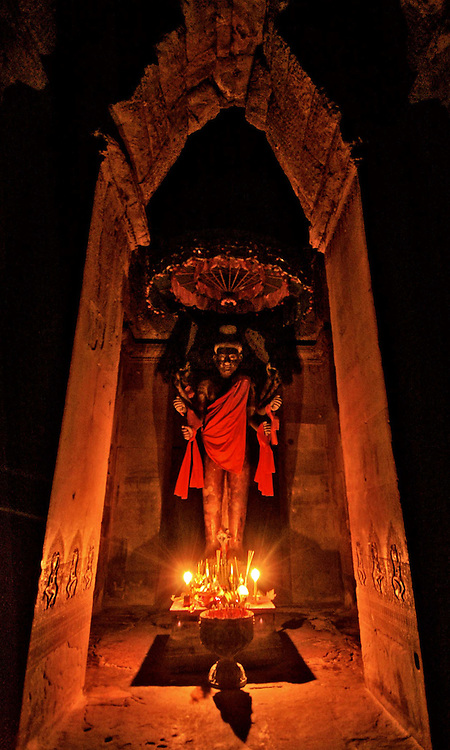