These two Cambodian children were sitting outside of the interior main buildings of the Angkor Wat temple complex which was built for King Suryavarman II in the early 12th century as his state temple and capital city.

It is a massive three-tiered pyramid crowned by five lotus-like towers rising 65 meters from ground level is surrounded by a moat and an exterior wall. All the walls of the temple are covered inside and out with bas-reliefs and carvings including nearly 2000 apsara carvings representing some of the finest examples of apsara carvings in Angkorian era art.

Quite a few of the temples at Angkor have been restored and represent a significant site of Khmer architecture. 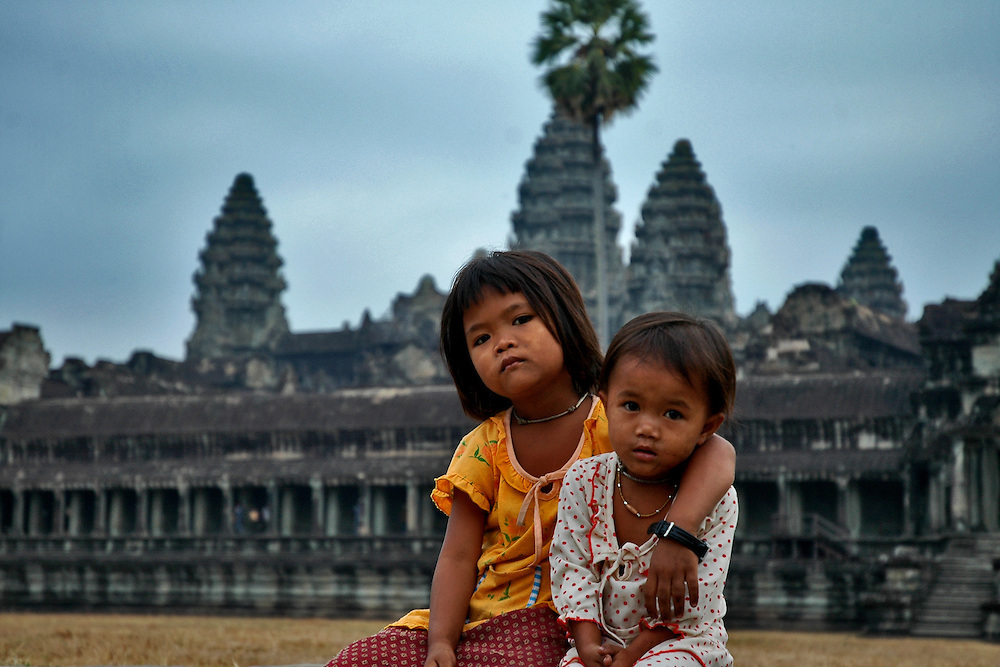