The Bayon is the second most well known temple after Angkor Wat in the Angkor complex located at the center of Angkor Thom city. 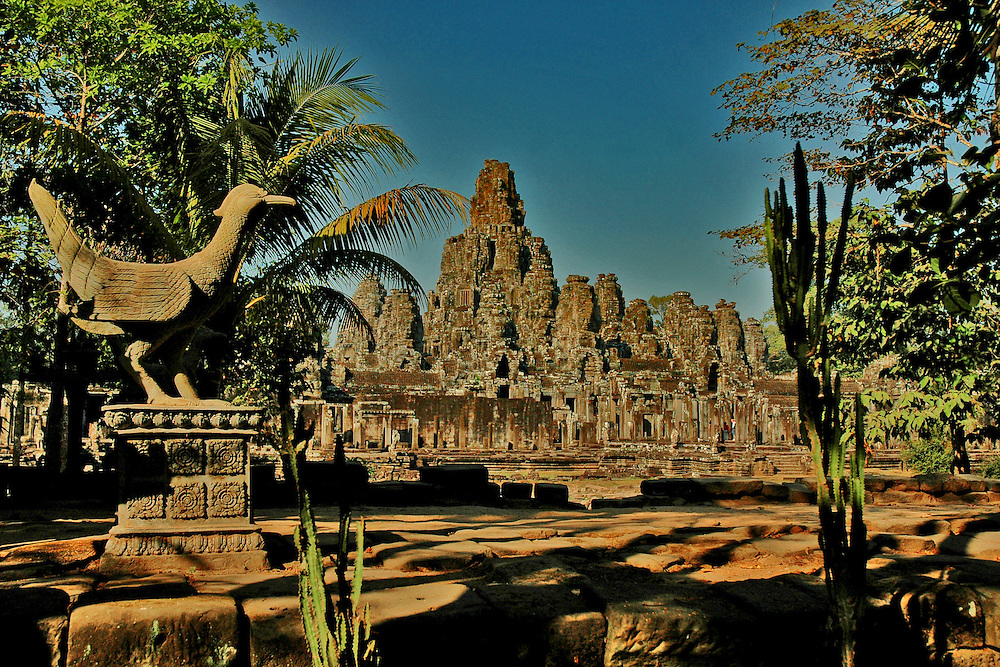